Mount Everest, also known in Nepal as Sagarmāthā and in Tibet as Chomolungma, is Earth's highest mountain. It is located in the Mahalangur mountain range in Nepal. Its peak is 8,848 metres (29,029 ft) above sea level. It is not the furthest summit from the centre of the Earth. That honour goes to Mount Chimborazo, in the Andes.[10] The international border between China and Nepal runs across Everest's precise summit point. Its massif includes neighbouring peaks Lhotse, 8,516 m (27,940 ft); Nuptse, 7,855 m (25,771 ft) and Changtse, 7,580 m (24,870 ft).

In 1856, the Great Trigonometrical Survey of India established the first published height of Everest, then known as Peak XV, at 29,002 ft (8,840 m). The current official height of 8,848 m (29,029 ft) as recognised by China and Nepal was established by a 1955 Indian survey and subsequently confirmed by a Chinese survey in 1975. In 1865, Everest was given its official English name by the Royal Geographical Society upon a recommendation by Andrew Waugh, the British Surveyor General of India. Waugh named the mountain after his predecessor in the post, Sir George Everest, arguing that there were many local names, against the opinion of Everest.

Mount Everest attracts many highly experienced mountaineers as well as capable climbers willing to hire professional guides. There are two main climbing routes, one approaching the summit from the southeast in Nepal (known as the standard route) and the other from the north in Tibet. While not posing substantial technical climbing challenges on the standard route, Everest presents dangers such as altitude sickness, weather, wind as well as significant objective hazards from avalanches and the Khumbu Icefall.

The first recorded efforts to reach Everest's summit were made by British mountaineers. With Nepal not allowing foreigners into the country at the time, the British made several attempts on the north ridge route from the Tibetan side. After the first reconnaissance expedition by the British in 1921 reached 7,000 m (22,970 ft) on the North Col, the 1922 expedition pushed the North ridge route up to 8,320 m (27,300 ft) marking the first time a human had climbed above 8,000 m (26,247 ft). Tragedy struck on the descent from the North col when seven porters were killed in an avalanche. The 1924 expedition resulted in the greatest mystery on Everest to this day: George Mallory and Andrew Irvine made a final summit attempt on June 8 but never returned, sparking debate as to whether they were the first to reach the top. They had been spotted high on the mountain that day but disappeared in the clouds, never to be seen again, until Mallory's body was found in 1999 at 8,155 m (26,755 ft) on the North face. Tenzing Norgay and Edmund Hillary made the first official ascent of Everest in 1953 using the southeast ridge route. Tenzing had reached 8,595 m (28,199 ft) the previous year as a member of the 1952 Swiss expedition.

In 1802, the British began the Great Trigonometric Survey of India to determine the location and names of the world's highest mountains. Starting in southern India, the survey teams moved northward using giant theodolites, each weighing 500 kg (1,100 lb) and requiring 12 men to carry, to measure heights as accurately as possible. They reached the Himalayan foothills by the 1830s, but Nepal was unwilling to allow the British to enter the country because of suspicions of political aggression and possible annexation. Several requests by the surveyors to enter Nepal were turned down.[12]

The British were forced to continue their observations from Terai, a region south of Nepal which is parallel to the Himalayas. Conditions in Terai were difficult because of torrential rains and malaria. Three survey officers died from malaria while two others had to retire because of failing health.

Nonetheless, in 1847, the British continued the Great Trigonometric survey and began detailed observations of the Himalayan peaks from observation stations up to 240 km (150 mi) away. Weather restricted work to the last three months of the year. In November 1847, Andrew Waugh, the British Surveyor General of India made several observations from the Sawajpore station located in the eastern end of the Himalayas. Kangchenjunga was then considered the highest peak in the world, and with interest he noted a peak beyond it, about 230 km (140 mi) away. John Armstrong, one of Waugh's officials, also saw the peak from a location farther west and called it peak "b". Waugh would later write that the observations indicated that peak "b" was higher than Kangchenjunga, but given the great distance of the observations, closer observations were required for verification. The following year, Waugh sent a survey official back to Terai to make closer observations of peak "b", but clouds thwarted all attempts.

In 1849, Waugh dispatched James Nicolson to the area, who made two observations from Jirol, 190 km (120 mi) away. Nicolson then took the largest theodolite and headed east, obtaining over 30 observations from five different locations, with the closest being 174 km (108 mi) from the peak. 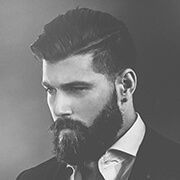